Web 3.0: A Crypto and Internet Revolution is happening right now 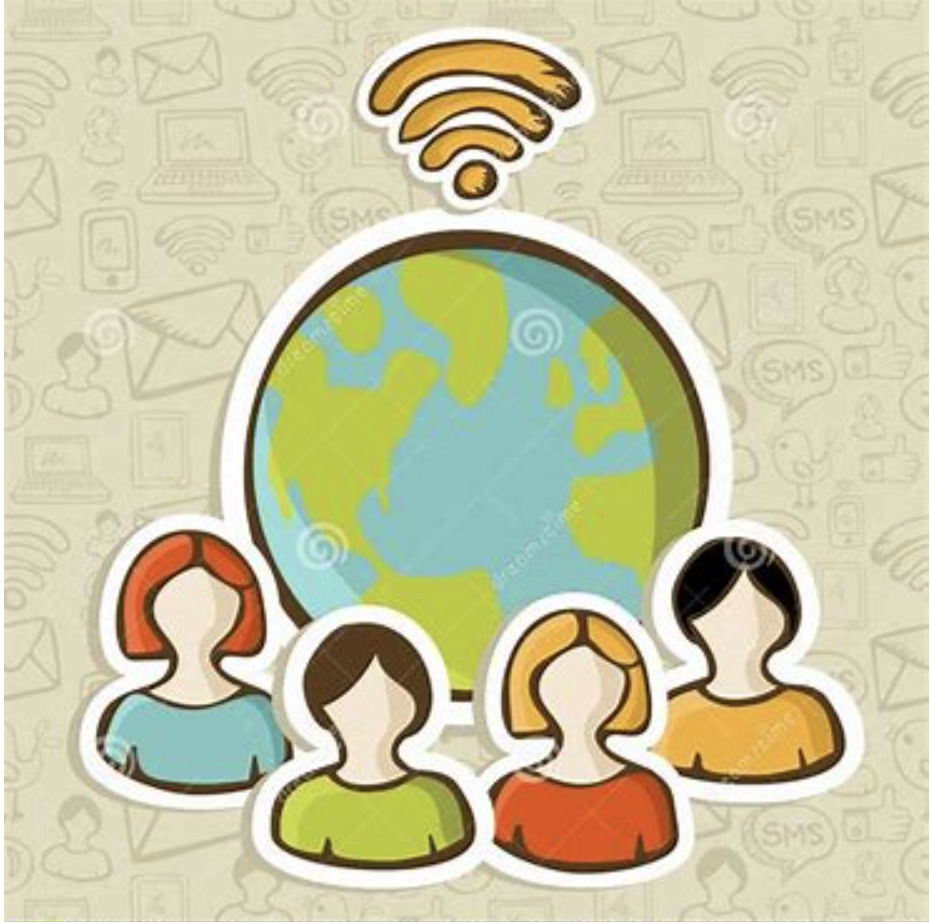 Let’s start our article with a classic joke about internet security:

The actual concern about internet security is neither about hacker nor computer viruses(which we can prevent or stop them by building firewalls), but those huge platform that we trusted so much before is threatening all the internet user’s security and freedom. They warn you about computer virus but they are stealing the data in user’s devices. They ask you for abundant authority just for using their application, some of the authority is completely nonsense and unreasonable.

For example, social media platform is asking you to authorize them to access your location, or electronic commerce platform wants the authority of camera and microphone using. The craziest thing is that if you didn’t authorize them, the platform won’t provide you with their complete function, some platform will even ban you from using them.

So now you have only one choice: Let them have all of the controlling and manipulating rights of you.

Let me tell you a short story to describe one day for an ordinary internet user(We can just name him “Tom”. There is millions of Toms all over the world so nobody will feel offending.): It’s another sunny day, Tom wake up and tell his roommate he wants to drink a coffee for his breakfast. And then he picks up the phone, surprisingly find out that the Amazon is recommending instant coffee to him. He ignore the coffee and buy some chicken wings. But soon when he open YouTube, some fired chicken wings-making tutorial videos is listing on his main page. He go through some videos and like them, and then he open Spotify, and surprisingly find out that the recommending music are the background music of his previous videos.

This story is a bit exaggerating, but it indeed indicates that the big platform and application is taking control of the internet, they are watching everyone’s computers and phones. People’s privacy and freedom aren’t protected unless you don’t use the internet. Their diverse and complicated personality starting to monotonic, and the world of Internet become boring too.

So we need to find a breakout. We need a tool to help us get out of the control from those huge platform, and we can freely enjoy the function of internet at the same time. We want the Internet to become more diverse and wonderful, and make it become somewhere we can really relax and enjoy Internet surfing time.

That’s why web 3.0 appeared. We doesn’t have a very clear and official definition for web 3.0 yet, because everyone has their own understanding toward it. But the goal of web 3.0 is to let the users have their rights back. Basically, web 3.0 is a world that can prevent the manipulation and controls of platform and application, where everyone can communicate freely, no one is superior and inferior, they have the same equal rights. It’s quite like the Utopia society that was described before.

Web 3.0 has to be based on the blockchain because blockchain never discriminated anyone. All the transaction are transparent on the chain, you can trade with your European friends instantly even if you live in Arizona. It’s the most effective and fair platform to use, especially for us, ordinary internet users. It provides the possibility of achieving web 3.0 in the future.

Right now many developers are launching their new dapps and products with web 3.0 theory, and I tried some of them already. To be honest, it will be quite interesting if you could early access to these products that contained future concept, there are three examples of dapps that I recommend to you:

Mask: Mask Network is lead by Suji Yan and her community, it’s basically a encryption plugin that can help users to encrypt their tweet by garbled them, and the account that senders selected will get the private key and decrypt the tweet. This products aims to build a bridge between web 2.0 and web 3.0, in order to transfer abundant web 2.0 users into potential web 3.0 users, and it protects the privacy of users.

Mirror: mirror.xyz was created by Denis Nazarov, the pre-cooperator of a16z crypto. It’s a decentralized platform for creators to produce brilliant ideas. Everyone can link their wallet address to mirror to create an account and start producing. For example, they can publish articles in mirror, and they can also mint an NFT for per article and start fundraising by selling the ownership of NFT. Then it will become charming and pure profit for them. Very attracting, right? Those platform are not able to steal creator’s profit anymore.

RSS3: RSS3 is a program lead by Joshua, and it aims to achieve the following and publishing between user’s address.  It will combine the whole Internet into a user-controllable index and generate an open list for users to use. Everyone can control their preference for each platform and application, to make sure they won’t be affected AI recommendation. All of these are happened on a decentralize network to secure the privacy of users. The new products that they currently launching is Web 3 Pass is even more exciting.  Users can experience the technology of RSS3 and begin their first step of Web 3.0 at here. The team created an native way for users to interact with their familiar RSS3 documents and shows their digital assets. It’s basically a passport to open the gate of web 3.0 for us.

By viewing these 3 projects, we can see how web 3.0 works. It focus on the original rights of user and efficiently avoid the interpretation of platform. The user’s creation are considered as their assets, these assets cannot be edited, deleted, nor banned. There won’t be a middleman to charge you high handling fee, and everyone’s working are worthy. The current problems that existing on main platform will mostly eliminated on web 3.0, which can finally achieve the ultimate goal: Everyone can participate in the Internet equally, and the views on the Internet will become more colorful and diverse. That’s generally what these developers desire at this stage.

We have to admit that we are standing at a crucial time point, and it’s the starting of a great period. When 10 years passed and somebody look back then, they will find out this period was marked and highlighted by bright red color on the internet’s history book, in my subconscious, whether web3.0 is successful or not, it should be considered as a great revolution that will change the world of internet. Every transition of internet’s structure will change the world, and it’s already proved by early historical context.

All the early participator in web 3.0 are pioneers and revolutionaries, they are all taking a path that no one took before, there is no experiences for them to learn, and they also don’t know what will the future be like. But there is one certain thing: It’s that whether the result is success or fail, there is a group of people that are fighting for a great thing right now, Which according to me, it’s very exciting if you could participate in this great revolution.

If you wants to be a pioneer too, you can register your account on rss3.io, and create your personal unique website. We also have tutorials for creating accounts on https://rss3.fun.(This website is awesome. It also provides you with some amazing and attracting articles that might raise your interest toward web 3.0.) Start enjoying web 3.0 and may you live well in the Metaverse world! 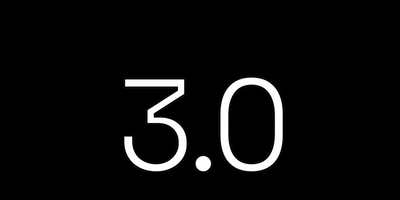 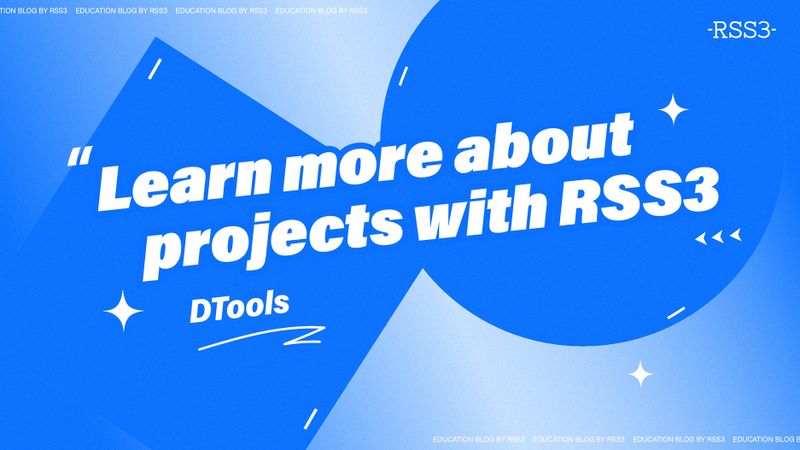 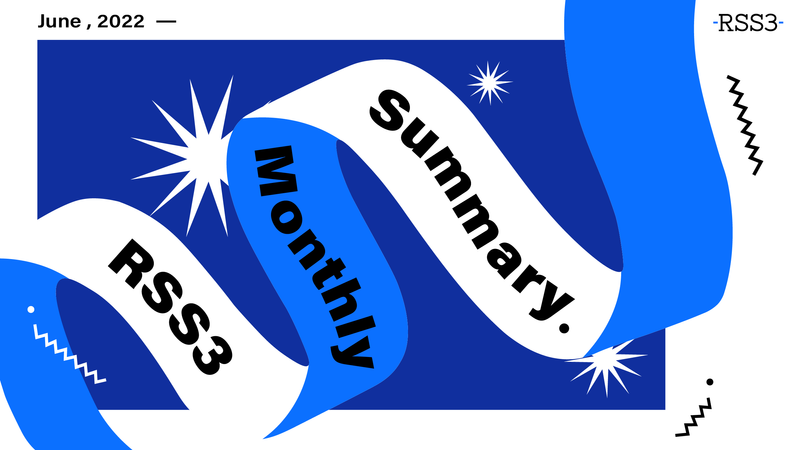 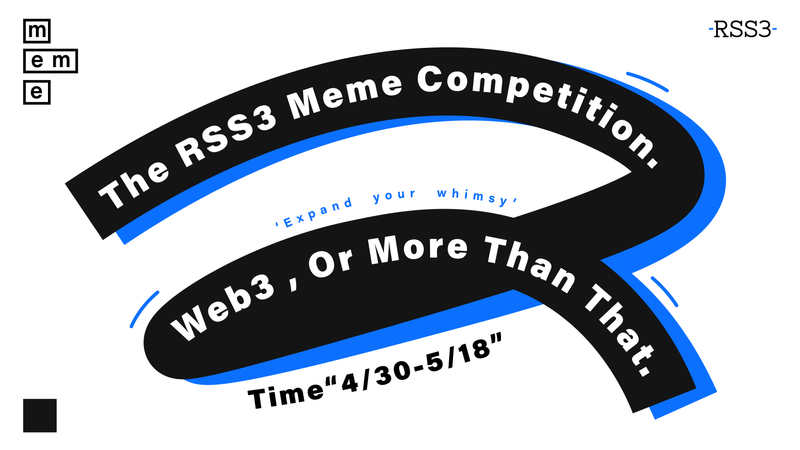 Time to The RSS3 Meme Competition(Round 1)